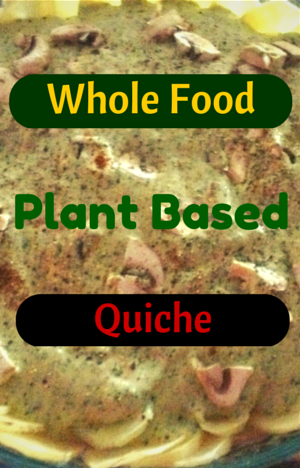 Today I came across a recipe of quiche and I decided to try it. The recipe was from Cooking with Plants and the idea was great. I love quiches. It was one of my comfort foods, but since I started following a whole food plant based diet, I have not had quiches.

So when I saw this recipe, I decided to do it today. The recipe somehow did not come as expected so, I had to do some changes.

You can see the original recipe here. Thank you Anja for your recipe.

I must say I am not the best cook, so not sure if this recipe came right or not.

The crust of the recipe is made of potatoes.
I used a larger dish than the original recipe suggested, so I got to use almost 4 potatoes.
I sliced them thinly and distributed the potatoes all around the dish until it cover the dish completely. Then I added potato slices around the edge.

I put the potatoes in the oven at 200 degree C or 400 F, as directed by the original recipe. I cooked it for ten minutes and took it out the oven.

For the filling I put in a blender the following:

1tbsp Nutritional Yeast
1/3 cup Chick pea flour
3 tbsp lemon
1/2 cup oats
1 cup of non-dairy milk. The original recipe saya use any non-dairy milk. I had a bit left of soya milk which I used, and then I had a bit of oats milk left. The oats milk was home made and it was sweetened with dates and honey.
1/4 cups of cashew nuts.
1 1/2 tsp of sea salt
1 tsp of dijon mustard.

I omitted the garlic from the original recipe as we are not big on garlic. 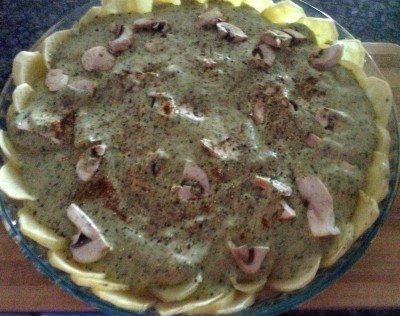 At first, I was not going to add the cashew nuts because I am trying to lose weight. But as I was tasting this the mustard had a strong flavor which I knew my kids would not like. It was really strong. (I think my dijon mustard is a bit old, don’t tell anyone).

So I ended up adding the cashew nuts, but nothing changed. The strong flavor was still there.

So to soften this strong taste. I added one and a half medium potatoes which I had previously cooked. The filling became quite thick and the strong taste was still there. So I added more oats milk and 1 1/5 tablespoons of tomato sauce (ketchup).

I blended everything and then added 2 cups of spinach (mine was frozen baby spinach). I did not have artichokes like the original recipe calls for so I left them out. 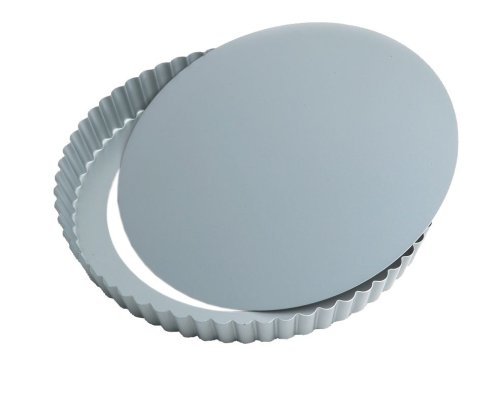 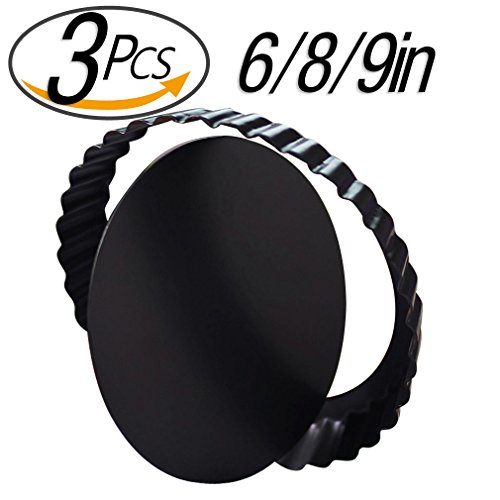 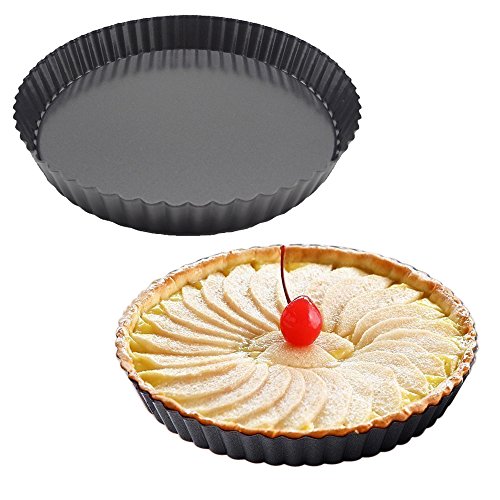 I blended everything. I poured over the potatoes crust. I then added some mushrooms on top. I did not add many mushrooms because I was not sure if this was going to work out or not. I sprinkled some paprika and some black pepper, and I cooked it in the oven for another 30 minutes.

When I took the quiche out of the oven the quiche had darkened a bit. I think perhaps the mushroom gave it that color.

I tested it, and it was quite good. Some of the potatoes were not properly cooked, but some were really crispy. So maybe I should cook the crust a bit longer.

The filling was not as bad as I thought it was going to be. My son tried it and he actually liked it.  My husband had a piece and he said it was okay.

I enjoyed it. I am sure the original recipe tasted a bit different than this one. Anja has some lovely recipes, so I think the combination of oats milk and soya milk plus my strong mustard were the culprit of this not being a total success. But I am definitely going to try it again.

Update: Actually the quiche is almost gone, and I ate it mostly cold. It was delicious.

I have never been a popcorn lover. When I go to movies I cannot understand how people could eat bucket of popcorn. For me it is empty calories since I cannot feel the taste. I do not eat with salt, or if I am cooking for someone else, I cook with minimum salt. I have…

My spaghettis have always been boring. I hardly ever made spaghetti Bolognese, because I must admit that I am lazy cooking. So when I started my Plant based diet journey I just did plain spaghettis with passata as tomato sauce. And my kids loved it. It was easy and they would eat it. Even my…

Most of the times I just cook without following a recipe. I just throw some veggies and some starch together. Because I do not mind if my food is bland, I do not bother to put many species. But since my family always complains, I decided to use some recipes I had bought some years…

One of the things that I most struggle with to feed my family is snacks. I can eat potatoes and oat meals as snack, but my family prefers sweet snacks. They want different things. Well they still want that piece of chocolate cake. So in my quest to find snacks for my family I came…

The problem I have is that my children do not like trying everything. My daughter presents a real challenge when it comes to food. We sat last night with her supper in front of her, for two hours, and she would not eat it. I really believe it is not a matter of taste but…

I battled to feed my daughter following a starch based diet. My son is good and he would eat most things, but they never like my cakes. My daughter would eat my banana chocolate cake, only if I do it in a muffin form and if I add chocolate chips. My son would also eat…