I have not written for a while because I have been dealing with lots of emotional issues.
Four weeks ago my dad passed away. So sad. He was 82 and relatively healthy till he had a stroke. They told me it was not too bad and that he would recover. They told me there was no need

to travel. My dad lived in Argentina, that is where I am from and it is quite far from where I live.

In the last conversations I had with him, he did not want to live any longer. But he still wanted to live and he often visited his doctors.

Being far away is so difficult. For me he is still around and many days I wait for his Skype calls.

I do have a couple of regrets. He was lately a bit slow at talking

and he would forget words, and I was very impatient with him. I also did not want to share many of my problems with him, because we had a different perspective of life. We could not really talk about deep spiritual things. 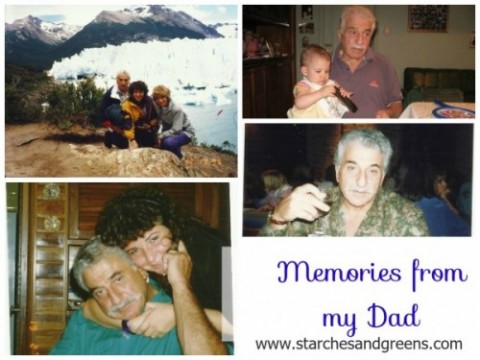 My dad was a generous person, perhaps too generous and he still treated me like if I was a child.
He was loved by many people. But he was a bit negative. He would always think the worst. And that rubbed on me a lot. My mother is also negative.
Despite their negativity, they had a good life, but things went wrong 15 years ago when my younger sister passed away from breast cancer.

On another point, I was trying to convince my parents to switch to a plant based diet. But my dad could not eat greens because his blood was being thinned. They also found any excuses not to change. And their diet was not bad compared to other people.
My dad was an hypochondriac, and whenever he felt a pain, he would just rush to the doctor. Unfortunately he had been taking lots of medication for years. He had high cholesterol and high blood pressure, for years.

I am so sad that I could not see him and as said I still have so many regrets. On the other hand, I believe in life after death, and I know he is around and that we will meet again. I hope next time we all come back more positive and with less anxiety.

It is sad losing people, specially when you are far away. It was hard losing my sister also. My dad and my sister are now together. So they say. I do not know. Perhaps my sister has started her new life on this Earth or another place. He wanted to be with her, and he called her name days before he passed on. So perhaps they are together.

What I learned from my dad and his passing

Oh, this post is not related to any plant based diet, but actually a fun activity we did.. It is always nice to find activities that do not involve electronics. My kids love electronics and TV. They do play sports, but if they are at home they spend lots of time with electronics. I enjoy…

A Starch based diet is a diet based on starches like potatoes, sweet potatoes, rice, couscous , quinoa, barley, corn. It is mainly based on potatoes and grains. You may also know it as a whole food plant based diet. Besides starches we eat lost of vegetables, like lots of greens and other non starchy…

Did you know that you can save hundreds of dollars by doing your own laundry soap? And it is easier than you thought. I was always interested in natural ways of cleaning, natural toiletry, and natural healing. So I used to buy these expensive natural laundry soap from the health shops. There is nothing wrong…

So Easter came around another year. I need to apologise for this late posting.  We had lots of  fun. The previous night, we all went to bed early. Well bed is a saying. My kids decided to sleep on the couch, so they could see the Easter Bunny. They were both very excited, although my…